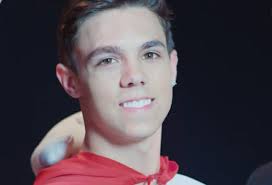 David is a former member of IM5. He was introduced to IM5 on May, 3rd 2013, two months after Dalton Rapattoni's departure, during their concert at Staget. David left the band on October, 20th 2014 and publicly announced his departure on November 13th, 2014

He's always been interested and involved  in the entertainment industry growing up. But it all really  started when he joined in travelling performing arts troupe called MWAH ( Messages We Are Hopeful). At 9 years old, he started travelling and touring across the country with hs group spreading positive messages to Kids 7th grades - Seniors in high school.

Singer David Scarzone were born on Friday, birthstone is Amethyst, the seaon was Winter in the Chinese year of Ox, it is 37 days until David Scarzone next birthday.