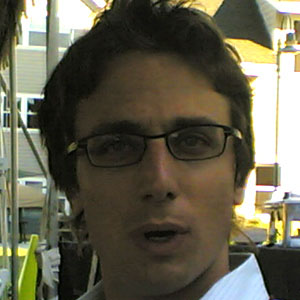 In the 90's, he taught computer science at Isidore Newman School.

He married Andrea Harner. His sister is comedian Chelsea Peretti.

Entrepreneur Jonah Peretti were born on Tuesday, birthstone is Garnet, the seaon was Winter in the Chinese year of Tiger, Today is the birthday of Jonah Peretti.