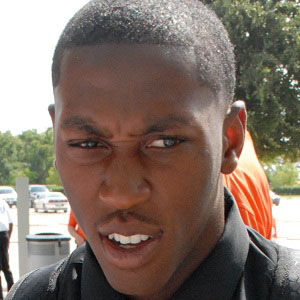 Running back and kick returner best known for his record-setting career at the University of North Texas, where he finished the most rushing yards in school history. He later signed with the Dallas Cowboys as an undrafted free agent in 2012.At North Texas, he became the first running back in school history with three straight 1,000 rushing seasons.He joined a Cowboys backfield led by Pro Bowl running back DeMarco Murray in 2012.

His parents are Patricia Jones and Lance Dunbar Sr.

Football player Lance Dunbar were born on Thursday, birthstone is Garnet, the seaon was Winter in the Chinese year of Horse, it is 20 days until Lance Dunbar next birthday.