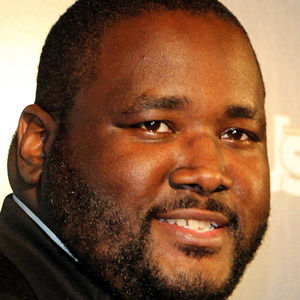 He had his debut breakthrough role in The Blind Side, where he portrayed Michael Oher.He appeared in the 2013 film, Paranormal Movie, as himself.He appeared in an episode of One Tree Hill with Chad Michael Murray.

He sang in his church choir. He debuted as The Lion King guy in the 2008 film, Be Kind, Rewind with Jack Black.

His mother is author Laura Aaron, who wrote the book Leave Me Alone.

The meaning of the name Aaron: Exalted, Strong Famous Quotes

I feel like if I live the Christian life, then the people should be able to see it in my everyday actions.

Movie Actor Quinton Aaron were born on Wednesday, in a leap year, birthstone is Peridot, the seaon was Summer in the Chinese year of Rat, it is 213 days until Quinton Aaron next birthday.