Hip hop artist who is best known for performing with the group Flip Mode Squad in the 1990s.He released his fourth album R.E.A.L. in 2012, after a six year hiatus from music.He was featured on Busta Rhymes' 1996 album The Coming.

He signed his first recording contract with Arista Records in 1992.

He is the cousin of fellow rapper Busta Rhymes.

Rapper Rampage were born on Thursday, birthstone is Peridot, the seaon was Summer in the Chinese year of Tiger, it is 207 days until Rampage next birthday. 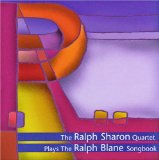