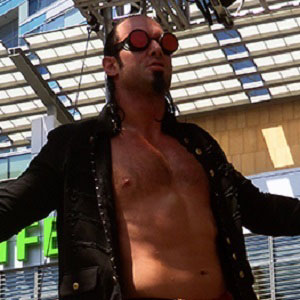 Born Eric Thompson, he is a WWE signed professional wrestler who works under the ring name Viktor alongside his tag team partner Konnor as the duo The Ascension.He and Konnor have a combination move called Fall of Man where he does a Flying European uppercut while Konnor does a legsweep.He was a Florida tag team champion with Brad Maddox.

He and Konnor became the longest reigning NXT Tag Team Champions of all time while wrestling withing the WWE developmental program NXT.

He was born in Grande Prairie, Alberta, Canada.

The meaning of the name Victor: Winner, Conqueror FUN FACTS

Wrestler Rick Victor were born on Thursday, in a leap year, birthstone is Turquoise, the seaon was Fall in the Chinese year of Monkey, it is 328 days until Rick Victor next birthday.